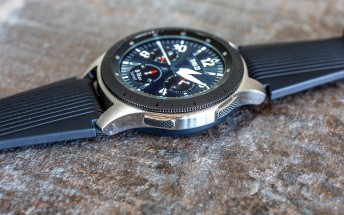 Samsung’s latest wearable, the Galaxy Watch, debuted alongside the Galaxy Note9 back in August. Today it’s started to receive a new software update.

Additionally, the overall usability and experience have been improved as well, though there are no further details as to what that might entail.

The update requires a 28MB download, and you can grab it through the Galaxy Wearable app on the phone that your watch is paired to.

At the moment, the update is rolling out in the US, and it should be making its way to other countries in the next few days and weeks.