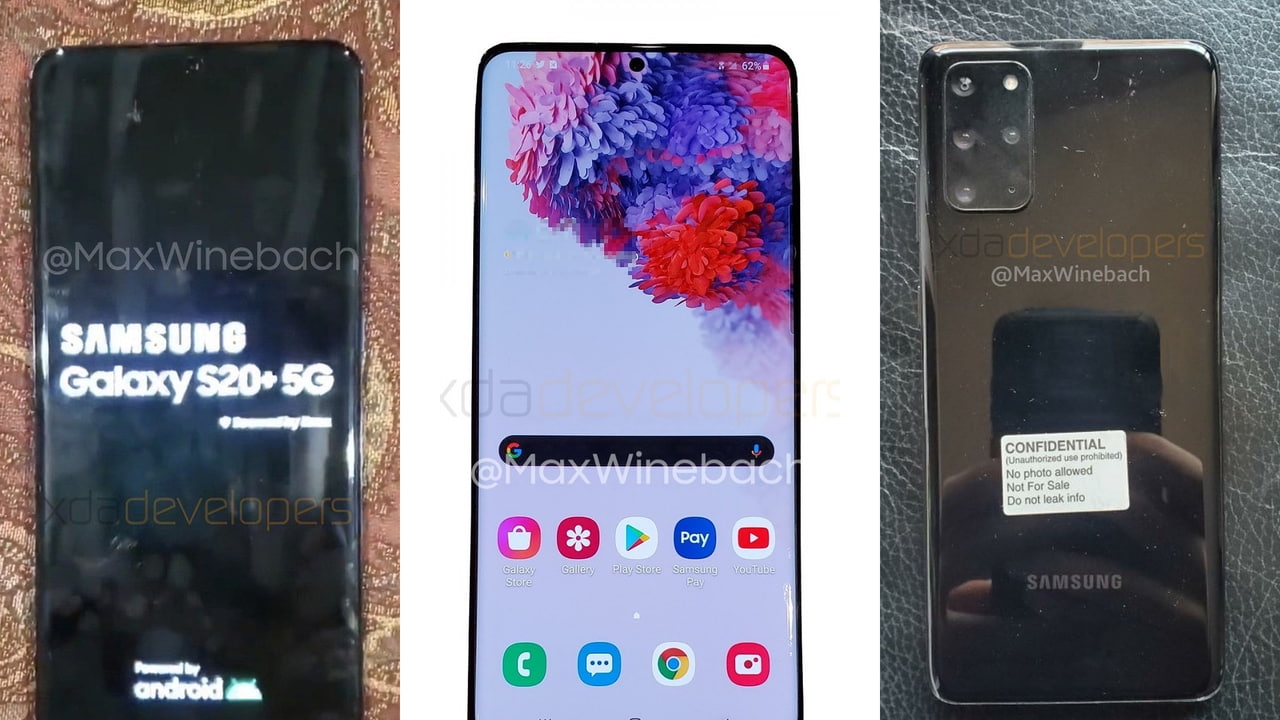 Photos of the Samsung Galaxy S20+ have allegedly been leaked, revealing the design of Samsung’s next generation smartphone.

The images were shared with xda-developers by a source who wishes to remain anonymous. As rumored, they show a new rear camera setup which includes four cameras, a flash, and what appears to be a microphone hole.

On the front of the device, the display is much less curved than before with a hole punch that is centered and smaller than the Note 10’s. The smartphone will reportedly come with a pre-installed screen protector.