At the Samsung Developers Conference earlier this month, Samsung showed the world its upcoming foldable device for the first time. However, the device was a prototype exhibited on a darkened stage while encased inside a thick box.

In other words, we saw that it’s real, but didn’t get a good look at it.

YouTuber “Concept Creator” is giving us the opposite feeling with his newest video. Instead of getting an obscured look at a real object, we’re instead treated to an all-encompassing look at a fake object: conceptual renders of the Samsung Galaxy F.

However unreal the device depicted might be, it’s hard not to be floored by what the conceptual render of a Samsung Galaxy F shows us. Check it out for yourself below: 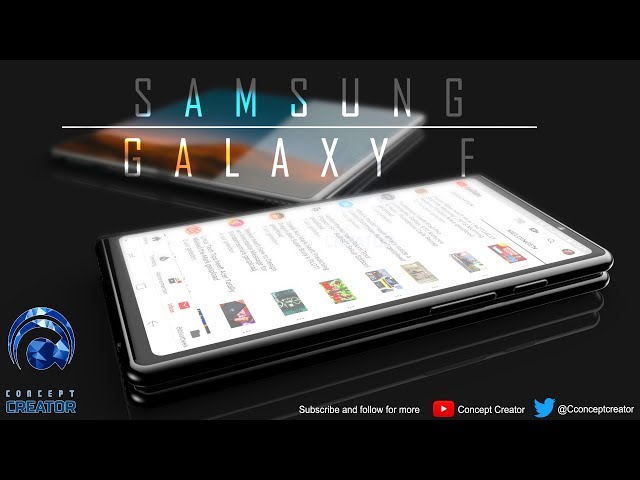 The video shows a foldable smartphone concept with very small bezels that opens up into a square-shaped tablet. This is essentially what we saw on stage; however, in this concept video, it’s refined, elegant, and totally sexy.

In fact, it’s so sexy, it’s easy to imagine spending the alleged $1,800 the Samsung Galaxy F is rumored to cost.

There are plenty of conceptual renders online of devices, most of which look far cooler than the real device ended up looking. This render, though, is hopefully the anomaly, because a device this awesome wouldn’t be a hard sell at all.

What do you think? Does this make you more or less excited for the Samsung Galaxy F? Let us know in the comments.